Esports and competitive gaming industries have exploded in the past few years. Remember when Twitch was created back in 2011? Not surprisingly, it wasn’t taken seriously at first. After all, it was an odd platform where people were supposed to watch other people play games. Despite that, even at the beginning, the platform had over 3 million monthly visitors. Skip forward a couple of years, and it’s one of the most popular forms of online entertainment.

As a result, the number of sponsorships in the esports industry has skyrocketed. While Coke and M&M's still spend billions on TV ads, smaller businesses have found a better way to spend their money and increase the desired ROI. And that’s, you guessed it, getting a streamer or a professional player to promote their brand.

If you are a business owner or its marketing team director, keep reading - we’ve put together this esports sponsorship article to make your lives easier by answering the most popular and mind-boggling questions you may have in mind!

As we all know, social media platforms had changed the world of advertising like never before (well, maybe when television was introduced commercially in 1941). Every platform has its own purpose and delivers content differently. That’s why Fashionova is so popular on Instagram, for example, where people consume the visual content.

Esports are a perfect fit for any business. After all, 1 in 5 American gamers either participate in esports of watch gaming content daily! One may think that only tech-related products promotions will flourish when gaming is involved. While this is not entirely wrong, you have to remember that streamers also influence their audience. Unlike basic (and always not-so-genuine) brand promotions, gamers create a personal relationship with their fans. As a result, your brand doesn’t simply get a promotion, but rather a real and honest endorsement.

How do you sponsor a game?

Oftentimes, your brand may be looking to sponsor a gamer in a particular niche. For instance, Minecraft and Counter-Strike are both world-famous games but require different hardware and peripherals to run the game.

While Minecraft is often focused on graphics, Counter-Strike requires a better-that-basic headset, mouse, and keyboard. That’s just a rough example, but you get the idea. Of course, it’s possible to try and find a YouTube channel or stream and talk to the influencer personally. However, this isn’t always taken seriously.

Even YouTubers with small channels will have far too many comments for yours to stand out. “Good thing they’ve listed their business email!” - You may think. Unfortunately, their inboxes are often spammed to death by bots who scrape thousands of channels. You’ll be surprised how many of those emails manage to pass through the spam filter!

Twitch actually has a similar story. A streamer is usually playing the game for most of their stream, only partially reading the messages sent to him or her. If the person is somewhat popular and has a decent audience, you’ll have an even harder time getting their attention.

That’s why we’ve created Loggershut! Connecting to influencers is often stressful and time-consuming, and we can help you with that. On top of the convenience, we review and screen every influencer’s social media profiles to make sure that their stats and engagement are real and up to our standards.

Instead of trying to contact d10 influencers, you can just find the one who fits your needs, with all sorts of filters available on our site. Landing an Esport sponsorship has never been easier!

How easy it is - that you can see in this video, before we continue with: How to sponsor on Twitch or Mixer: 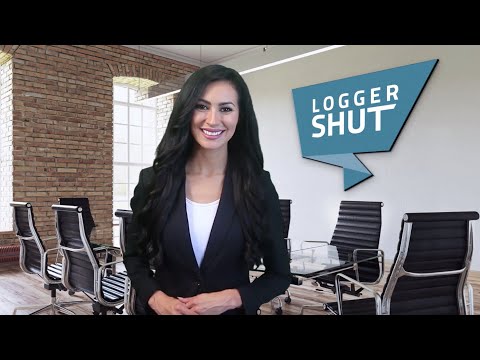 How to sponsor on Twitch

As mentioned earlier, Twitch has become as big as any other social media platform out there. Unlike YouTube, where biggest stars usually upload once a week, streamers often play daily (some playing multiple times a day).

Therefore, a much better personal connection is built with the audience. Everything is live, and you can’t simply “edit bad takes out.” As a result, you have a much higher chance of reaching your brand goals and target audience.

While it’s very much possible to find interested streamers on the platform itself, there are drawbacks to it. As mentioned earlier, the people you actually want to sponsor can’t check their chat every minute - they have people chatting there constantly. The ones with empty chat boxes, on the other hand, may either not have an engaged audience or just bot their viewers. Of course, it’s not impossible. Instead, it’s just time-consuming.

Is there a better way to find a perfect fit for your esport sponsorship? You bet - Loggershut. Save yourself time and money by using the Loggershut esport – streamer and gaming website to find the right influencers for your brand.

Remember - every influencer you see on the platform is reviewed and meets our quality standards. If an influencer on the platform is taking a long time to respond or is just incredibly unprofessional, make sure to reach out to us. Loggershut support is always on the clock and will be able to assist you in no time!

Maybe you have heard of "Mixer". Meanwhile, Mixer is now  a part of the Facebook gaming integration.

Mixer was very similar to Twitch, just with a few differences in the layout. Owned by Microsoft, you might have heard of Ninja, the biggest Fortnite player in the world, leaving Twitch and moving to Mixer.

While it’s not as big or popular as Twitch, it had thousands of thousands of people watching streams on it daily. A good thing about Mixer was its smaller community.

Instead of one big streamer hoarding tens of thousands of viewers, you could often find a quality streamer with under 100 viewers. Also, a lot of Twitch gamers also streamed to Mixer quite often.

What to do now?

If that’s the audience you are looking for, Facebook gaming is definitely worth exploring! Try out the options for doing your marketing via the live streaming.

And once again, Loggershut can help you find the right person in a fast yet efficient manner.

Influencer marketing, in general, and esport sponsorships, in particular, is the new level of advertisement that yields higher profits and builds brand awareness a lot better!

Why choose Loggershut over other services?

While there are many services out there that provide the middle ground for businesses and influencers, we believe that Loggershut stands out among the rest for a number of reasons.

First of all, we have the best prices and subscription options that fit businesses of every size and purpose. With our standard package costing a small amount of money, it’s easier than ever for a business to get into influencer marketing and esport sponsorship.

Second, we make sure that every candidate is qualified to represent a brand. A lot of services overlook this step just to increase the number of influencers listed, but we consider it our uttermost responsibility to list only verified and screened candidates with a top-notch engaging audience.

Lastly, we take pride in our support. If you ever experience a problem with our website or the influencers listed on it, let us know, and we’ll take immediate action to fix it! 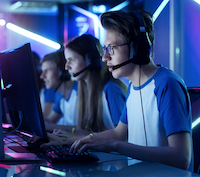 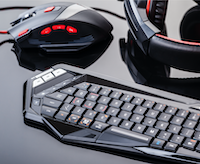 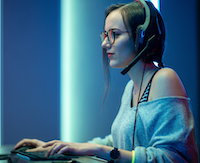